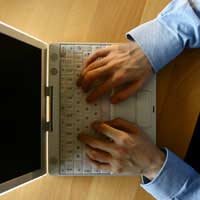 If you are offered a job which you have applied for in the majority of cases, you will almost always write back and accept the offer as you’ll have most probably been looking for the kind of job opportunity presented for quite some considerable time.

However, this is not always the case and there are several reasons which might have a bearing on you accepting the offer or not and which may lead you to having to write a letter declining the offer.

It may be that when you attended the interview, you got a ‘bad vibe’. For example, the working environment might not be anything like you expected. Perhaps you felt that, on initial impressions, the person or people interviewing you were not the type of people you felt you could get along with or maybe others who work there already had given you an impression that they were not enjoying the work themselves. It may also be that you have been attending several interviews and that another company has also made you an offer which you deem to be better and more suited to you.

For whatever reason, if you have decided that you do not want to take up the offer of employment, it is not only courteous to send a letter back to the company declining their offer but it also allows the company to offer the position to somebody else.

How to Decline a Job Offer by Letter

Given that you have decided that you don’t wish to take up the job offer, there is no need to be brutally frank in your response and, even if you thought the salary offer was ‘paltry’, you don’t need to tell them that – after all, you never know where life’s going to take you and you may wish to apply to the same company again in the future. However, if you’re certain you’ll never want to consider working for the same company, it can be useful to be more honest in your reasons for declining the offer, if you feel that it might help the company make policy changes which could, perhaps, benefit future applicants.

Quiz: Are Your Office Memos Effective?