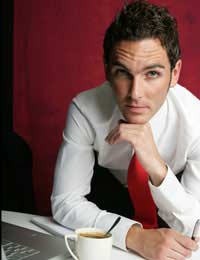 Writing a proposal is more commonly associated with business and tends to broadly fall into one of two categories.

Quite often a company or organisation might need a product and/or service and want to outsource their requirements to external companies. This process is called ‘offering it out to tender’. Here a company or organisation will usually advertise what service and/or product they require and then companies will respond in the form of a written proposal. This will incorporate several things such as showing evidence that they can deliver what’s required on time, their previous credentials and, ultimately, the total cost which will be incurred by the company who have put the work out to tender.

A company that is responding to an offer to tender will be well aware that they will be in direct competition with other similar suppliers and, whilst cost isn’t the sole determining factor in being successful, it naturally plays an important part of the selection process.

Another situation where a person might need to outline a proposal is where an individual or company is not in direct competition for work with several other companies but needs to put together a business plan in order to gain support and funding for a particular project they wish to get off the ground but which also needs financial capital from external sources.

More simplified proposals are often appropriate in situations where, for example, a person or group of people is seeking sponsorship to fund a specific venture.

Proposals can often run to several pages and the final outcome is likely to be in document form as opposed to a simple one page letter. Whilst it has to impress, the most important aspect of a written proposal is the accuracy and clarity. If things are vague or there is too much flowery, descriptive language, the proposal will probably end up in the bin without much more than the first few lines being read.

Presentation is also key. A written proposal should be on high quality printed paper and professionally bound. There should be a good use of visual imagery, graphs, charts, diagrams etc., but only where the imagery can complement and not hinder or confuse accompanying text. You should avoid using jargon where possible, unless the jargon is known to be fully understood within the context of the kind of person or people reading the proposal. Also, if you are responding to a company who have requested a proposal as a result of a tender they are offering, make sure you follow their instructions to the letter in terms of what they want you to include and in what format when you respond.

Most business proposals tend to be long-winded affairs which are often necessary, especially when there are many factors involved such as cost, technical specifications etc., so there isn’t a lot of room here to give you a true example of what a business proposal would look like. However, below is an outline of a proposal that could be written in simple letter form by a person looking for sponsorship.

Here is an Example of a Letter Outlining a Proposal

I am seeking sponsorship money (£2000) in order to fund my travel costs to enable me to embark upon a 2 week trek of the Tukka Trail in Dolimar, South America in June 2007, in aid of the ‘Child Victims of Dolimar’ Fund.

As you will no doubt be aware by the recent press coverage in the national newspapers, there is a major problem in Dolimar with the exploitation of child labour, especially within the coffee growing industry and I’m sure that, as the chairman of a leading UK coffee distributor, you will have been appalled by the stories and pictures you witnessed of the deaths and injuries of young children, some as young as 10 years old, who are being forced to work long hours in draconian conditions amongst dangerous and often faulty machinery which has caused hundreds of child casualties who have been the victims of severe injuries and deaths due to their exploitation.

My aim is to complete the 300 mile walk in order to not only raise money for the victims of this malpractice but also to raise awareness of the growing number of overseas companies who are guilty of such appalling child exploitation as a result of their financial greed.

I have decided to approach you and your company personally as I am very aware of your commitment to stamping out child exploitation in the labour market overseas and because of your total commitment to ethical business practices. This was driven home to me when I saw the documentary on TV a couple of weeks ago in which I was heartened to see the results of your fundraising efforts in South Africa and the new community school the funds helped to build in the township of Rukta.

I aim to not only raise in excess of £2000 in sponsorship money but, more importantly, raise awareness of the issues and I have already got agreements in place to be interviewed by several TV stations and newspapers both in the UK and in South America both before, during and after my trek.

I hope you can see that this voluntary venture I’m undertaking will be extremely beneficial to a great number of children and I hope you might consider offering me sponsorship and putting your company’s name to my cause.

I look forward to hearing from you.

Change of Address Letter to Customers