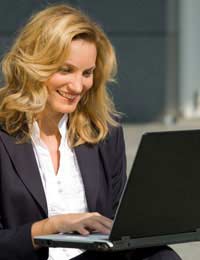 A letter of announcement can be sent to notify somebody of almost anything that is about to take place. Quite often they can be sent to announce events such as an engagement or an impending wedding but they can also be written to notify people about the winner of a competition, a change in company policy, to announce an emergency board meeting, or perhaps to tell staff about industrial action.

Whatever your reasons for writing a letter of announcement, it should be fairly brief, concise and to the point. They can be used for both personal and business purposes and are a good opportunity to build upon relationships, especially if the announcement contains good news. Where an announcement contains bad news, don’t try to couch the information behind concealing language, be frank and straight to the point but with, perhaps a hint of optimism, if there’s a genuine reason to believe that there might be a positive outcome ultimately.

The timing of when to send the announcement will vary depending on the circumstances of what the letter contains. A wedding announcement, for example, can be sent many months ahead of the actual wedding itself as potential guests will appreciate being told ahead of time to allow them to plan time off work to attend the wedding, if invited, and to also plan a wedding gift for the happy couple.

On the other hand, news of say, a company lay-off, might involve speaking with several different parties first of all, such as union representatives before anything can be decided formally. Given that the company will want the workforce to perform their duties as normal until they have to announce the ‘bad news’, then it’s often better to leave the announcement until as late as possible so that procedures can be put in place.

Here is a letter of announcement from a company to inform its customers that it is about to relocate its premises. The company would also probably send a slightly different version of this letter to its suppliers to ensure continuation of service.

I would like to take this opportunity to thank you for your custom with our company over the past few years. It is thanks to the many hundreds of satisfied customers like you that we are proud to announce that, due to our continued expansion, we will be relocating to our new premises from February 1 and our new address will be:

Our new store will incorporate an extra two floors of retail space which will give us more of an opportunity to fulfil orders on demand, unlike the present arrangement where many of our customers have to wait a few days for us to arrange delivery of the stock. We have listened to our customers and firmly believe that the new premises will enable us to further extend our product range which our customers demand and we hope that you will continue to enjoy the shopping experience with us.

Meanwhile, during this transition period, we remain open for business as usual in Crown Square and plan to keep any disruption to a minimum.

Thank you once again for your continued loyalty and we look forward to serving your DIY needs for many years to come.